The Saturna Island Lamb Barbeque has been an annual event since 1950. It started out as an end of school year celebration to use up some lambs that were left behind when the owner moved off island. The following year it was decided that the event should become an annual Canada Day celebration. The school children received free tickets to celebrate the end of the school year, and the community joined in. Since then, it has evolved into an annual event that supports the Community Club and all that the Community Club supports in the community. 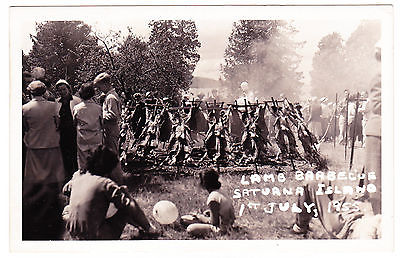 Originally held at Saturna Beach, an alternate site had to be found when that property sold;  Hunter Field at Winter Cove (the island ball park) became the BBQ’s new home.  An agreement was reached with the then owners, B.C. Provincial Parks, to hold the event annually.  The BBQ has grown over the years to become a major event, serving up to 1300 lamb meals to visitors from all over the world!  It is the main source of income for the Saturna Community Club, which in turn supports many community groups on the island, including the medical clinic. On July 1st each year, Winter Cove is filled with boats of all shapes and sizes from both Canadian  and American destinations. BC Ferries transport hundreds of cars and foot passengers and the Bed and Breakfast facilities are filled to capacity. The BBQ is totally staffed with, and supported by, an army of volunteers who generously give of their time, equipment, vehicles, boats (including fuel), talents and expertise to make the day a success. 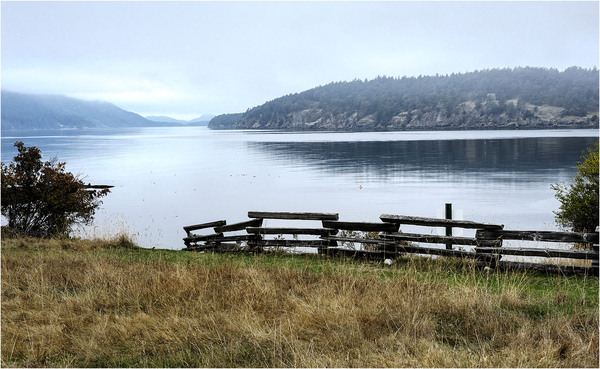 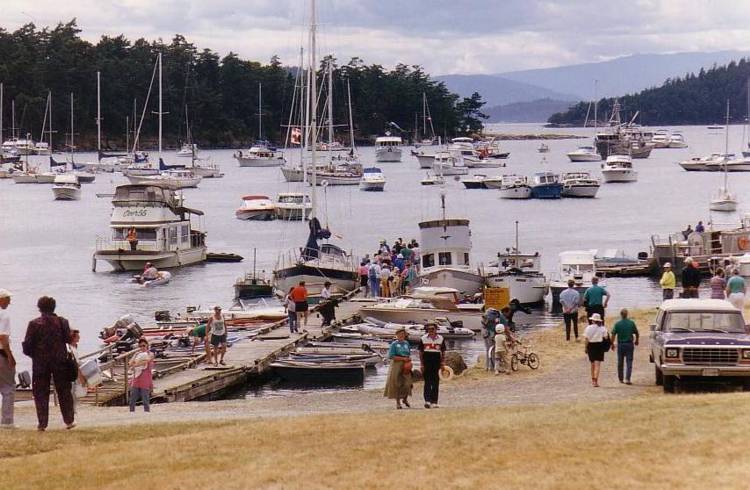 Things to Do at the BBQ

Getting to the BBQ

What is the BBQ?

Where the Money Goes